Skip to main content
Home>Publications>Forecasting…Do you actually need it to be successful?

Forecasting…Do you actually need it to be successful?

Forecasting…Do you actually need it to be successful?

The third quarter was quite brutal for the stock markets around the world. Most indices were down double digits, oil prices hit the high 30s and the global economy seems to be slowing down. Most blame the Chinese economic slowdown and its possible contagion throughout Asia. Others blame the Yuan depreciation and the threat of competitive devaluation. Whatever the reasons, we think it is just a normal adjustment (we would say a correction) after 6 years of bull markets with 1 or 2 minor corrections. The US economy seems to be humming along with the unemployment rate at a low 5%. China, despite a slowdown, is still growing at somewhere between 4 and 5%. The most important aspect of the Chinese economy is that it is moving slowly away from an export-based manufacturing economy towards a consumer-based one. The main consequences are lower demand for commodities which impact economies like ours and Australia. However, low commodities prices have always done more good than harm to global economic growth.

For those who did not attend our recent series of presentations, here is a summary of the ideas we have communicated:

When asked for some feedback after one of the presentations the other day, a client replied the following: “It is quite informative. Now I know you guys don’t know much about the future”. This client is correct! However, in the meantime, although we do not like making forecasts, we are confident that some of you will be asking us what we think will happen the next quarter! For those of you that would like to have a peak into the future, we suggest looking into the past. So let us show you where we think we are within a very long term map (we mean the past 100+ years) that we have updated several times since 2009. 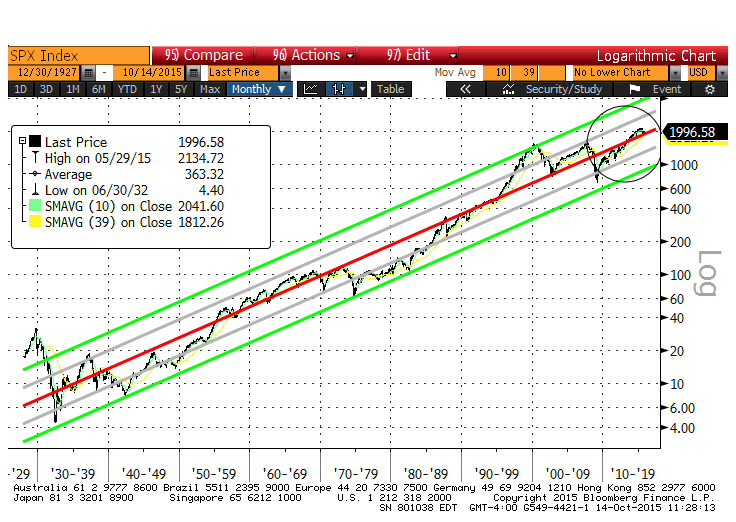 and a closer look… 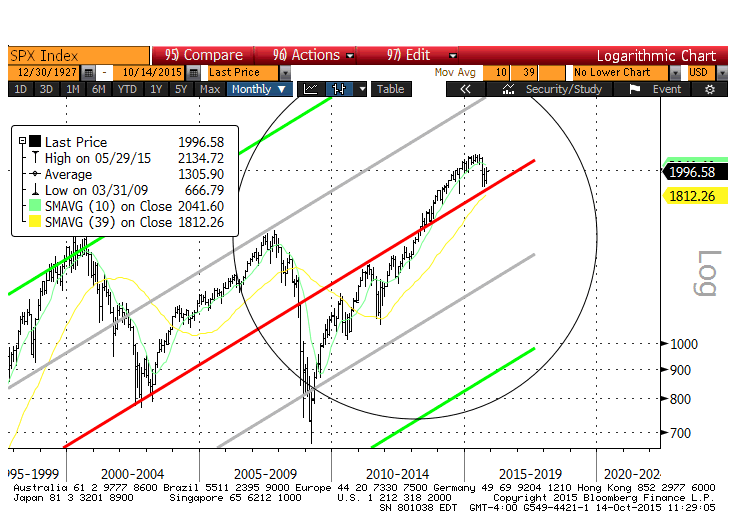 As we’ve said, it is neither cheap nor expensive. However, since the long term growth rate is positive in general and the 6 month correction has done quite a bit of damage to individual stocks, the Claret strategy of investing in one company at a time seems to be quite appropriate.